Skip to content
California’s Electric Grid Is Near Collapse 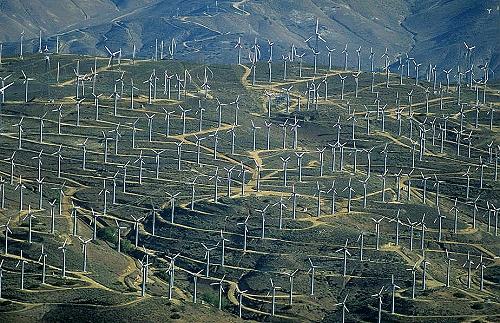 California’s bet on renewables and shunning of natural gas and nuclear power, is directly responsible for the state’s blackouts and high electricity prices.

California is rich in natural resources which once powered the state: natural gas deposits in the Monterey Shale formation; geothermal energy, abundant rivers and waterways such as the San Joaquin River Delta and hydroelectric dams; the Pacific coastline; 85 million acres of wildlands with 17 million of those used as commercial timberland; mines and mineral resources, vast farming and agricultural lands, and hunting and fishing.

But California politicians and appointed agency officials, under pressure from radical environmental organizations and lobbyists, decided to ignore the energy producing natural resources, and instead move to an all-electric grid, and the only approved “renewable energy:” solar and wind energy.

A  meteorologist, Anthony Watts, said Tuesday, “we are on the cusp of a massive failure of the electricity grid in California.” Watts explained the difference between California’s imposed rolling blackouts in 2000 and 2001, and the rolling blackouts and power outages today:

The 2000-01 blackouts “occurred when California had a shortage of electricity supply caused by electricity market manipulations. A demand-supply gap was created, mainly by Enron, to create an artificial shortage so speculators could benefit from an 800 percent increase in wholesale electricity prices. As a result, California suffered from multiple large-scale blackouts. Now an electricity shortage coupled with rolling blackouts is happening again, but for a different reason.”

“This is going to make Enron rolling blackouts in 2000/2001 look puny. The reason? Solar power – actually the lack of it. Solar power has this thorny problem; it disappears after sunset, and California’s electric grid is highly dependent on it now thanks to the political mandate known as the Global Warming Solutions Act of 2006 (AB32). AB32 specifically required that 50 percent of California’s electricity to be powered by “green energy,” aka wind and solar, by 2025 and 60 percent by 2030, ending in 100% “carbon free” energy by 2045. Now, California is paying the price for abandoning reliable energy sources in favour of green energy sources such as wind and solar power, which don’t work when the wind doesn’t blow and the sun doesn’t shine. During heat waves like California is experiencing now, there’s typically plenty of sunshine, but winds are often stagnant.”

It gets worse. On August 17, during the CAISO Board of Governors Meeting CAISO President Steve Berber let loose with this bit of reality. From transcript:

What a sobering thought.

California has traded energy security to kneel before the false prophet of green energy. Instead of using reliable and affordable nuclear and coal plants, they are using intermittent and unreliable wind and solar power. And the people of California, and perhaps the West in general, may pay the price for that homage if the power grid collapses during the ongoing heat wave.

If that happens, such an event will dwarf what happened at the hand of market manipulators like Enron in 2000/2001, and will be the most expensive and devastating green energy lesson ever in history.